If you’re bored with your hobbies and thinking about doing something more interesting to spend some quality time then nothing seems to be better than hunting. I’ve found an all new passion in itand I think you would also feel the same if you give it a try. Assuming you’re also interested in hunting or shooting at targets then you would probably need an air rifle. There are so many options, but the Gamo Big Cat 1250 Air Rifle might be an excellent choice if you’re going to buy a gun for the first time. This Big Cat from Gamo is nasty in a good way and has a reasonable price that would fit most potential buyer’s budget. 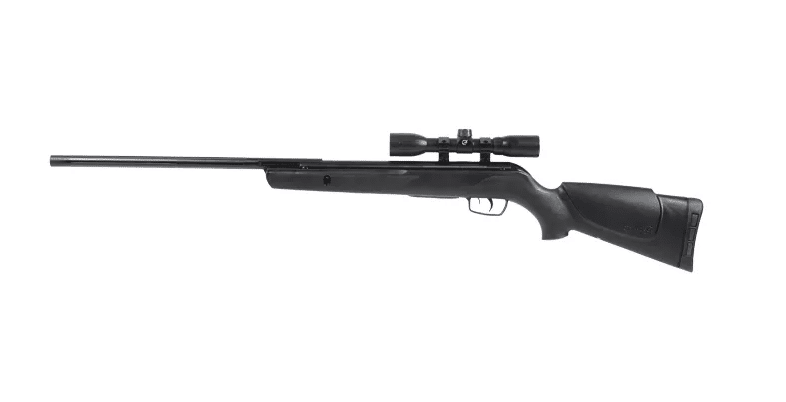 Getting to know more about the rifle is important. So I have covered almost everything about the Gamo Big Cat 1250 Air Rifle Review that you would need to know about.

The Gamo Big Cat 1250 is the perfect air rifle for hunting. This spring powered gun has an all weather synthetic stock that makes it look quite solid and stylish. This powerful piece of machinery gives the shooter the precise accuracy that anyone would want. That’s why the Big Cat is so popular among hunters. But if you wish then it can also be used for practice shooting too. This break barrel, single cocking gun is as good as it comes in that range of price. And it is one of the finest products from the Spain-based manufacturers.

Here is the detailed spec of gameo big cat 1250 . You should check these before buying the and also if you want to compare this air rifle with any other of the same or different brand within the similar price range. So it will help you check out the qualities it have and qualities it lacks from other ones.

If you are considering buying the Gamo Big Cat 1250 then you won’t need to pay a little more than 100 dollars. In this deal, you could save 45% money from the original price of the rifle of $237.99 and pay just $129.99 from Amazon. A great chance to own an  air rifle without spending a lot of money.

It wasn’t hard to come to the conclusion about the Gamo Big Cat 2015. After taking note about everything, I can assure you that it is a gun that you can depend on. Yes, there are some flaws that can’t be neglected, but these are small flaws. In whole the air rifle is a well-furnished weapon. Most of the negatives of Big Cat can be fixed. From the cheap, crappy piece of scope to the expensive ammos. The noise won’t be a big concern if you use the pellets keeping in mind your surroundings. So it’s your choice now and if you want to buy another one with similar price range and with better features you can check out Gamo Silent which is $129 & is one the best air rifle available in this price.
On the other hand, the qualities of this gun can’t be unnoticed. You will get an accurate weapon with great power. And the price to pay for that is nothing if you compare it with other products. There are a lot of air rifles you will find in the market that would provide the same or event less. But to get those you have to almost clean out your pocket. So, from my side I would recommend it to anyone who is looking to have a high-power rifle for a good price.